Description of the project:

The object and aim of this project is to sail around the world on a 12m long steel sailing boat, nonstop, alone without usage of engine only with wind help. The estimated time of the sailing is 365 days. The real time will depend among other factors on current speed and directions of sea streams and wind that will influence the speed of the boat. If the goal of this project is achieved, it will be the first successful voyage of this kind in the history of the Czech sailing.

This project is the second Czech attempt for such a travel. The first one was executed by Ing. Petr Ondráček in 2011/2012 with his self made 8,5m long GRP yacht called Singa. Petr Ondráček, however, didn´t manage to finish his journey, being forced to stop after 8 months of sailing at New Zealand. Nevertheless, this achievement is still considered as the longest and most valuable alone nonstop sailing in the history of the Czech yachting.

For the purpose of my project, I bought in Liverpool (UK) the below described steel sailing boat: 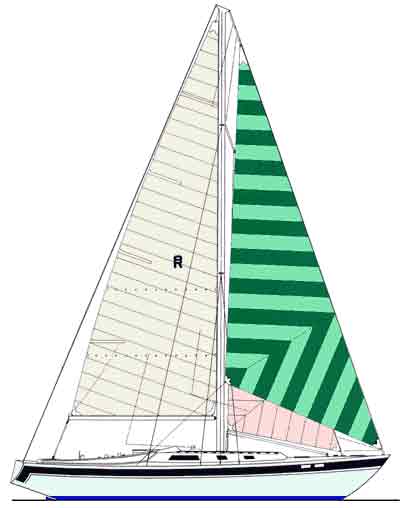 The boat was built in a professional boatyard in a very precise way with high attention to perfect design even of the smallest details. The boat is absolutely rust-free, as she was for 25 years (since 1990 till end of 2014) hibernated in a dry hall.

Currently the boat is placed in the Czech Republic in an assembly hall, since summer 2016 it is being careful and detailed reconstructed for the purpose of the project.